Stuart Wood’s work is varied, but his specialities are people and lifestyle, where his ability to easily and quickly connect with people mean that he is especially successful in getting his subjects to open up and bringing more out of them.

Apart from regular commissions for his TV and magazine clients such as the BBC, ITV, Radio Times and Grazia, a lot of his assignments are in corporate portraiture, book commissions and annual reports. Again, this is an area where he feels his open and relaxed style helps his business subjects feel at ease.

Being based in Derby is an advantage as he can easily get to most places in the UK, with much of his work being in London.

Stuart consistently produces outstanding examples of some of the best photography in Europe today. 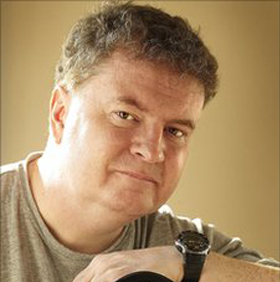